Visit the Nearby Black Diamond Library

The Black Diamond Library is a wonderful local resource for residents of Ten Trails, and is located within walking or biking distance from the community via the new Roberts Drive Rock Creek Bridge. The library provides programs for children and families, art workshops, and Family Story Time events on select Mondays throughout the year. 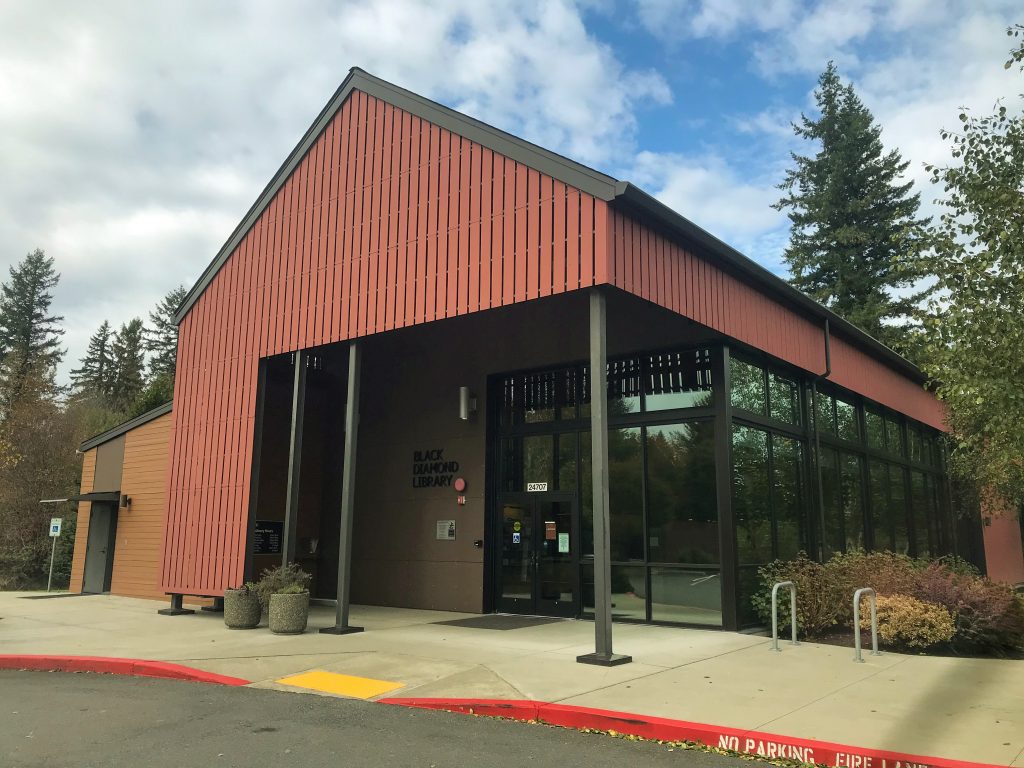 Origin of the Black Diamond Library

The City of Black Diamond has had a library in one form or another since 1917, when volunteers gathered book donations and began a library in a small room in the old Pacific Coast Hotel. As the donations increased and space became limited, the library had to be moved to the nearby former railroad depot which today is known as the Black Diamond Historical Museum Depot.

The library remained at the depot for 12 more years until it was relocated to a small cottage on Lawson Street. There it remained until 1968 when it was moved to the city’s new municipal building. The library was fully annexed into the King County Library System in 1990 and operated out of a leased space from 1991 until the new building that exists today was opened in 2008.

Today, the Black Diamond library is located at 24707 Roberts Drive, just shy of one mile from the Willow Avenue entrance to Ten Trails. The beautiful new building was designed by architects at the Miller Hull Partnership to reflect the late 19th century architecture that is predominant in the city. On a clear day, the library offers stunning views of Mount Rainier from the main reading area.

Friends of the Black Diamond Library

Residents of Ten Trails are encouraged to get involved with their local library. The Friends of the Black Diamond Library group meets on the third Wednesday of each month at 5pm in the library’s conference room. Dues are $5, and the group holds fundraisers throughout the year to benefit the library including the annual book sale and an annual plant sale held on the first Saturday each May. The library is having a book sale this Thursday, October 17th from 10 am to 6 pm. Purchase used books, videos and CDs at bargain prices to help support library programming throughout the year.