Ten Trails residents can learn about the City of Black Diamond’s history at the nearby Historical Museum Depot. The Depot, once the train station for the railroad that ran from the old Town of Franklin to Seattle, offers a glimpse into the rich history of this beautiful city. 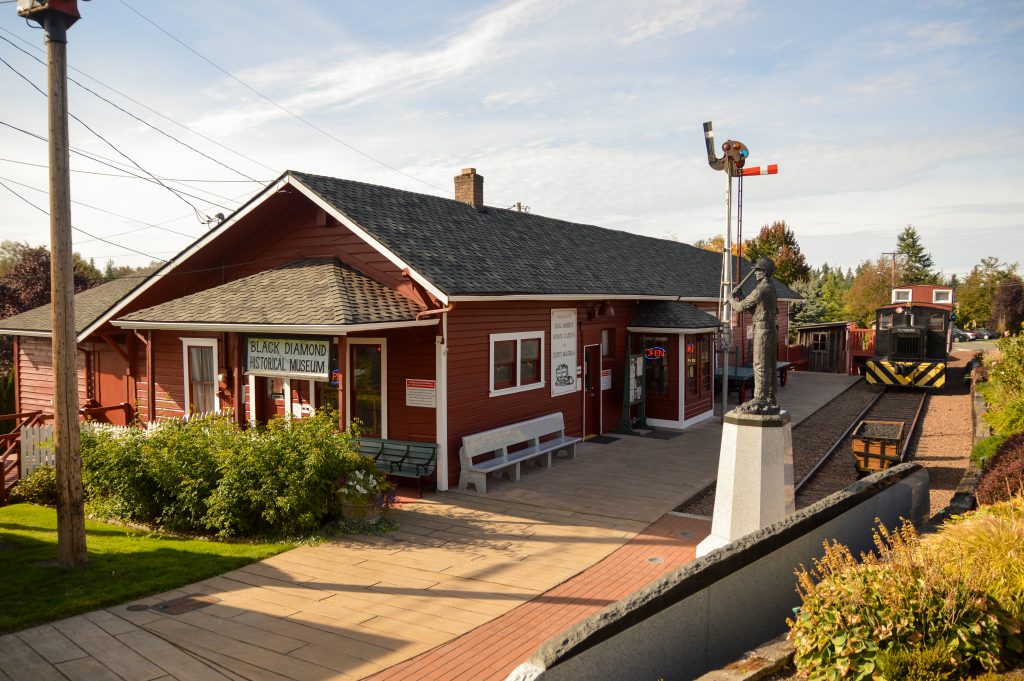 Black Diamond’s history begins several hundred miles south in the now-abandoned town of Nortonville, CA. Founded as a coal-mining town to supply coal to San Francisco, the mines in Nortonville were plagued with water intrusion issues and low-quality coal. Engineers were sent north to Washington to find better coal supplies and discovered an open coal seam along the Green River. They returned to California with news of their discovery, which prompted miners and residents to move north to Washington. Word of the abundance of coal in Black Diamond traveled the world, and soon immigrants were moving to the city to mine the many coal fields.

Before it became the Black Diamond Museum, the depot building served as a train station until the 1930’s. Later, the building was used as a restaurant, a library, a telephone exchange, an office for the water department and a storage shed for city maintenance. Inside the building today, visitors can see displays of what life was like for coal miners and families that lived in Black Diamond in the early 1900’s.

Volunteer at the Museum

The Black Diamond Museum is always looking for volunteers! Contact the staff at 360-886-2142 to inquire about becoming a docent.