The Fergusons are new residents of Ten Trails by way of Orange County, California. This family of six was looking for a master-planned community in King County and Ten Trails checked all of their boxes! They liked the community so much, in fact, that they decided to buy months ahead of when they originally planned to do so. 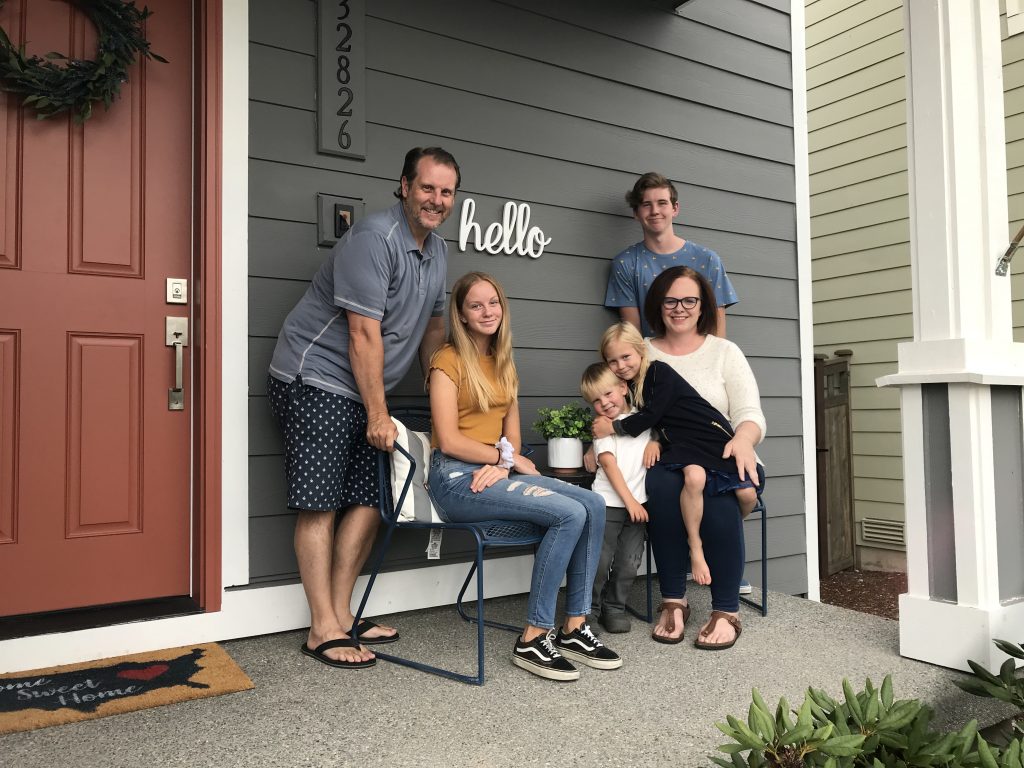 In California, master planned communities are much more common than they are in this part of the country and the Fergusons knew that’s what they were looking for in their new home. “We looked at some other communities nearby that weren’t master planned,” said Kelli Ferguson, “but ultimately decided that we like living in a community where the homes, parks and amenities are all integrated like they are at Ten Trails. We also knew we definitely wanted a brand new home, so the community was a great fit for our family.”

Since moving in, the Fergusons have been taking full advantage of Ten Trails’ many open common areas and parks. “We have gotten together with neighbors to makes s’mores at the fire pits,” said Kelli. “And my husband takes the kids over the Civic Park almost every day.”

One thing the Fergusons have really enjoyed is getting to know their new neighbors. “It has just been great to move in around the same time as other people,” said Kelli. “It has been so easy to meet our neighbors and make friends. We watch each others’ kids and have really found a great sense of community here.”

Welcome to the neighborhood! We are so glad you chose to make Ten Trails your new hometown!